New research from DNV GL reinforces global oil and gas industry expectations of increasing pressure to decarbonize its value chain in order to maintain its social license to operate. The 2020 Energy Transition Outlook estimates that oil and gas will account for 74% of world energy-related carbon dioxide (CO2) emissions in mid-century (Figure 1), and more than 80% of combined emissions of CO2 and methane (measured as CO2 equivalents). While global energy-related emissions will be roughly halved between 2018 and 2050, emissions from the entire oil and gas value chain will fall by a third.

The Outlook sets out DNV GL’s modelling of a single likely future of the world’s energy system through to mid-century. It forecasts that industry trends will play out against the backdrop of the energy transition being too slow to achieve Paris Agreement targets to limit global warming. The implication is that governments, regulators, investors, and society will make increasing demands on the industry to decarbonize its value chain.

“We see the oil and gas sector increasingly putting the energy transition at the centre of its agenda, but climate change and ambitions to reduce it are outpacing action. The industry needs to prepare for an energy system that does not accept the release of carbon emissions,” said Liv A. Hovem, CEO, DNV GL - Oil & Gas. 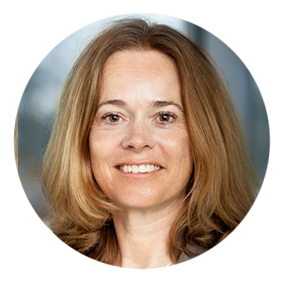 The industry needs to prepare for an energy system that does not accept the release of carbon emissions
Liv A. Hovem,

DNV GL’s dedicated report on the Energy Transition Outlook for the oil and gas industry sets out how oil and gas companies are currently focusing most on decarbonizing production, which emits greenhouses gases (GHGs) dominated by CO2 and methane, the principal component of natural gas. Although a quarter of the industry’s carbon emissions come from the process of getting oil and gas out of the ground and to consumers, upstream accounts for only about 4% and setting targets to reduce these can demonstrate prompt action. Several large oil and gas companies are targeting carbon-neutral exploration and production by 2050 or sooner.1

“We expect emissions reductions from oil and gas production to dominate the industry’s decarbonization agenda in the shorter term, with solutions scaled rapidly over the course of the 2020s,” Hovem said.

Operators and industry associations in many countries 2,3 have medium and long-term targets for reducing emissions from production, and emissions reduction efforts already underway are described below.

There is a growing trend to cut emissions by electrifying offshore operations instead of using wellhead gas and diesel to fuel onboard generators, gas compressors, and pumps.

By 2023, 16 Norwegian Continental Shelf (NCS) installations will be receiving power from shore (Figure 2), according to the Norwegian Petroleum Directorate.4 The directorate estimates this will avoid emissions equivalent to a quarter of those from Norway’s oil and gas sector in 2019. UK Continental Shelf (UKCS) operators are considering using renewable power via subsea cables. They include BP for its Central North Sea and West of Shetland developments. Operators in the Netherlands have agreed to halve methane emissions between 2017 and December 2020, and the Dutch government has been studying how to achieve further reductions. Neptune’s Q13a-A platform offshore Netherlands already receives power from shore, and others may follow.

DNV GL’s Energy Transition Outlook forecasts rapidly increasing offshore wind capacity (Figure 3) and that cheaper associated costs will open up greater use of wind power by oil and gas installations. Equinor is to develop Tampen Hywind on the NCS as the first floating wind farm to power offshore oil and gas platforms. The Oil & Gas Authority (OGA), the UK regulator, has called on the UKCS oil and gas industry to source electricity directly from offshore renewables for business benefits as well as to reduce emissions.7

Other common targets for lowering emissions from production offshore and onshore include reducing incomplete flaring of waste gas from oil and gas processing; stemming fugitive (unintended) leaks of methane along the value chain; alleviating the need for intentional venting (for safety or technical reasons) of methane at points such as compressors, pumps, and valves; and, making greater efforts to detect and stop methane. Some operators already see flare/vent volumes as a key performance measure in day-to-day operations.8

The International Energy Agency (IEA) 2020 Methane Tracker estimates that oil and gas industry methane emissions were equivalent to more than 81 million tonnes of CO2 in 2019: 4% from incomplete flaring, 28% from fugitive releases, and 68% from venting.9 Among hotspots, the US shale gas boom has seen emissions from flaring quadruple in a decade, as lack of gathering infrastructure and pipeline capacity in some shale areas make it cheaper to vent or flare cheap natural gas than to transport it to buyers.10

IEA estimates that some 75% of emissions from flaring could be avoided, and that 40% overall could be prevented at no net cost if captured gas was commercialized. This is the rationale behind Nigeria’s programme aiming to attract USD 3.5 billion per year from inward investors to buy the 11% of the country’s gas production that is otherwise flared. Nigeria hopes the gas will be used for fuel or feedstock to boost local economies.

BP, EDF, Eni, Equinor, Shell, Total and Wintershall Dea have collectively made policy recommendations to the EU to standardize methane emissions data collection. More than 20 leading oil and gas companies are committed to the Methane Guiding Principles partnership pledged to reduce methane emissions. Three industry organizations – the Oil and Gas Climate Initiative, the International Association of Oil & Gas Producers, and IPIECA – are collaborating towards developing a best practice guideline on detecting, monitoring, and reporting such emissions.

DNV GL expects digital technologies and data analytics to reduce emissions upstream by boosting the energy efficiency of production, through better control of flaring, and by improved management of the risk of leaks and other unintended releases of gas. For example, advanced wearable tools, connecting personnel to experts worldwide via video or other means of data exchange, can drive better decisions about operations and maintenance. Increasing popularity of solutions such as remote survey technology will mean that less travel and accommodation will be needed for experts. Inspections will also become increasingly autonomous through the use of robotics supported by advanced sensors and machine vision. Fewer personnel onboard – and, ultimately, more unmanned platforms operated remotely – will reduce the energy needed, and hence related emissions.

By more accurately predicting problems, and enabling more timely interventions, the receiving and automated analysis of data from digital sensors and other sources in oil and gas field operations can reduce the chance of unintended releases of emissions.14

As for the offshore supply chain, GPS tracking and algorithms will optimize logistics routes, decreasing fuel energy consumption and emissions. Additive manufacturing (3D printing) will create the ability to make components or larger products at, or close to, where they are used, further reducing transport energy requirements and emissions.15

Partnerships will be “crucial in scaling up innovation and new technologies for decarbonization”, Hovem said. The industry is discussing best practice for electrification and energy efficiency management. Operators and suppliers are identifying supply-chain emissions reductions. For example, NCS oil and gas companies and Norwegian shipowners are exploring how to cut emissions from supply boats.

Some operators are considering whether to adopt a common set of key performance indicators for reporting progress on emissions. Some oil and gas sector companies may adopt science-based targets. For example, oilfield services and equipment giant Schlumberger has committed to the multi-stakeholder Science Based Targets initiative that encourages companies to set GHG emissions reduction targets consistent with Paris Agreement targets.

“To develop technology to reduce upstream emissions, companies can consider supporting collaborative joint industry projects (JIPs) and projects in research centres, as well as their own R&D efforts,” suggested Hovem. DNV GL’s global network of laboratories and experts initiate and manage JIPs that often lead to recommended practices and standards of relevance to emissions and efficiency in oil and gas operations. Recommended Practice DNVGL-RP-F302 Offshore leak detection is one example.

Policy is key to decarbonizing the full value chain

Energy Transition Outlook modelling suggests 75% of the industry’s emissions come from the combustion of oil and gas, three times as much as from production and distribution (Figure 4). DNV GL expects that by 2050, the industry will broadly be measured by lifecycle emissions per barrel of oil or gas consumed. Currently, carbon emissions per barrel produced is commonly used to gauge the carbon intensity of production. Drivers for this shift in reporting emissions will include national net-zero targets and other relevant policies, and external pressure from investors, other industries, and society.16

The Outlook sets out how carbon capture and storage (CCS) can decarbonize natural gas consumption and support its use as a transition fuel alongside renewables. Low-carbon hydrogen could partially or wholly replace natural gas in existing gas networks. CCS and hydrogen technologies are available and viable, but the necessary policy frameworks are only just taking shape, and only in some regions. DNV GL predicts in the Outlook that from the mid-2030s onwards, these policies could start to catalyse the transformation of the oil and gas industry into the decarbonizer of hydrocarbons and supplier of CCS. However, the company also forecasts that this transition to decarbonized and green gas will be too slow to meet Paris Agreement targets.

Hovem concluded: “The quicker that governments incentivize industry to adopt technology, such as through a competitive carbon price, the quicker the industry will take the technology down the cost-learning curve for it to become independently financially viable.”