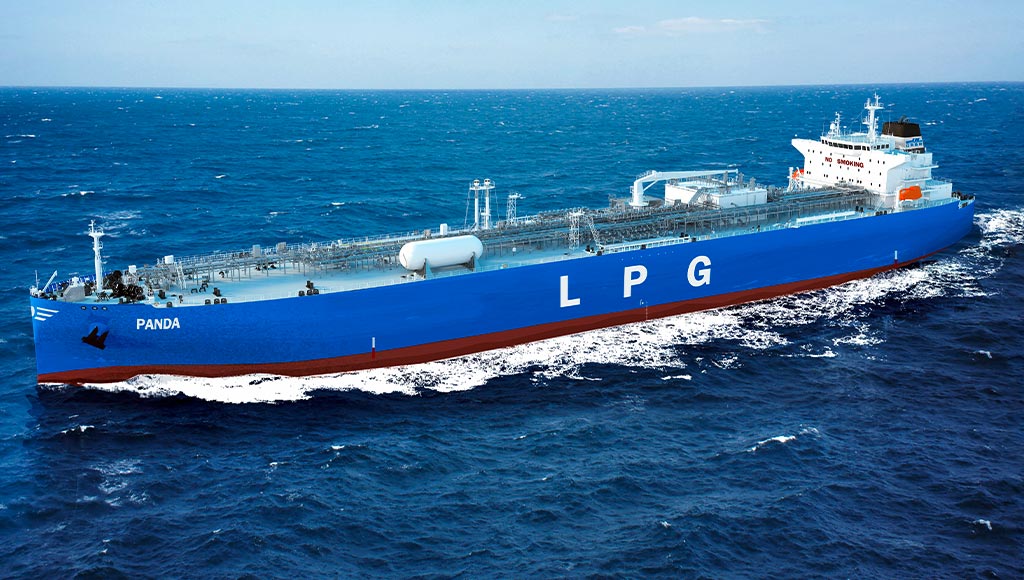 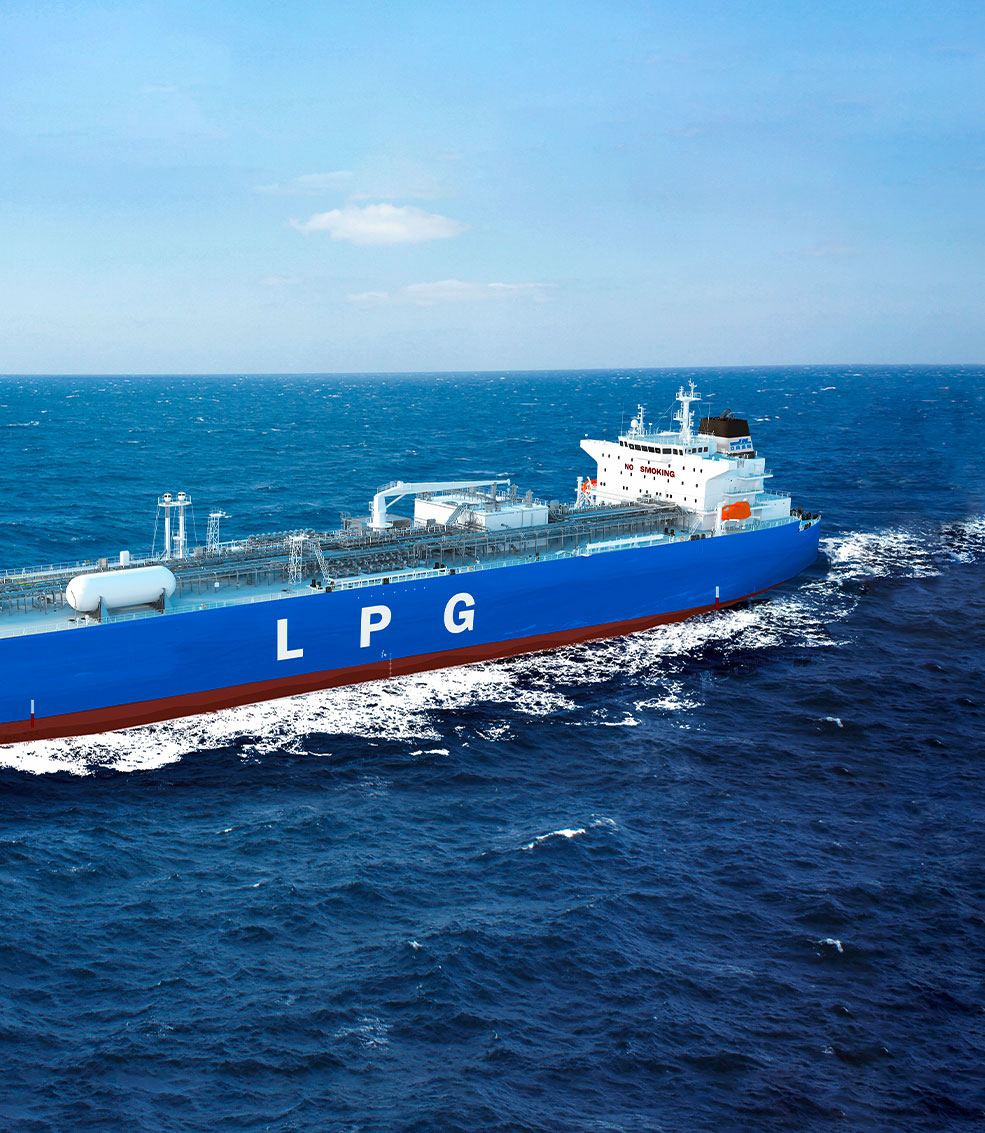 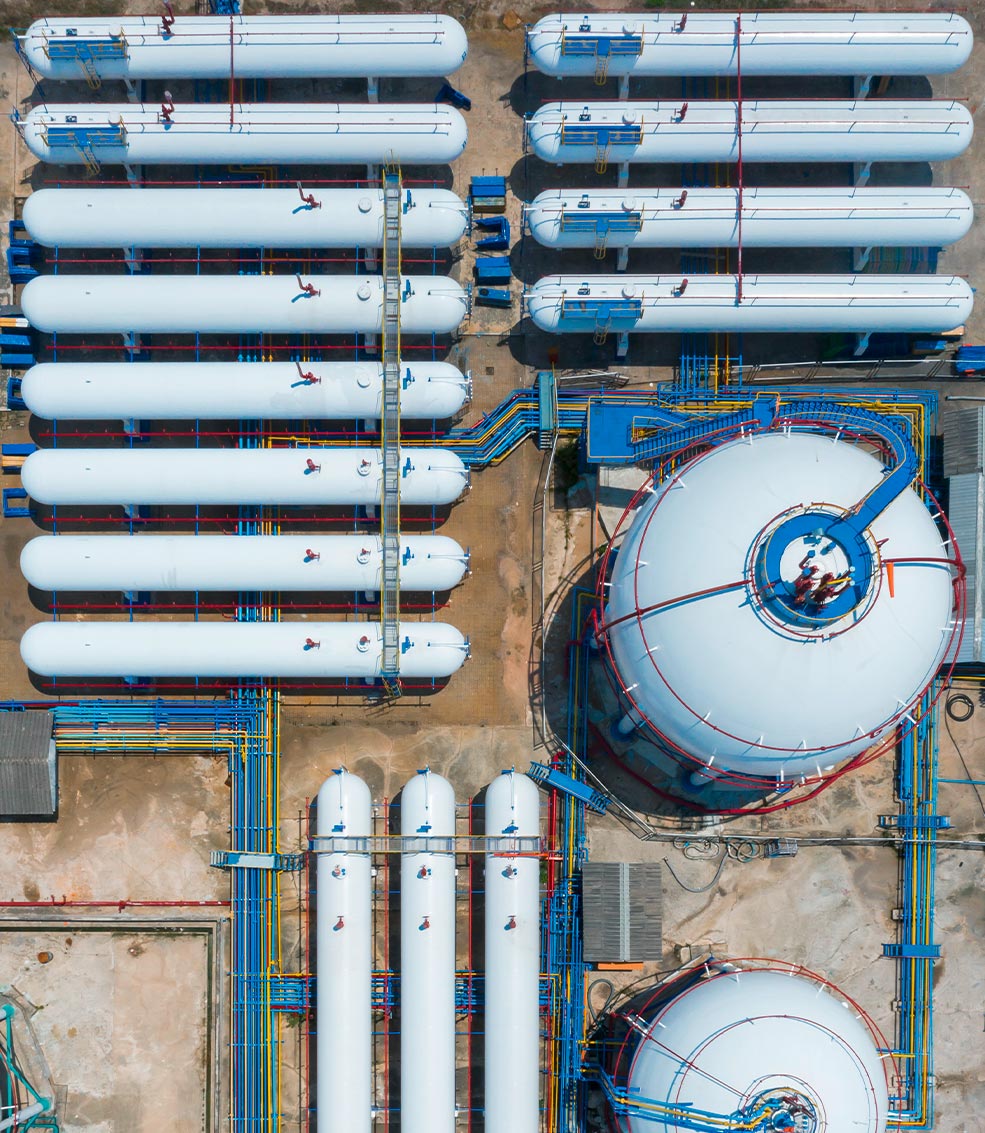 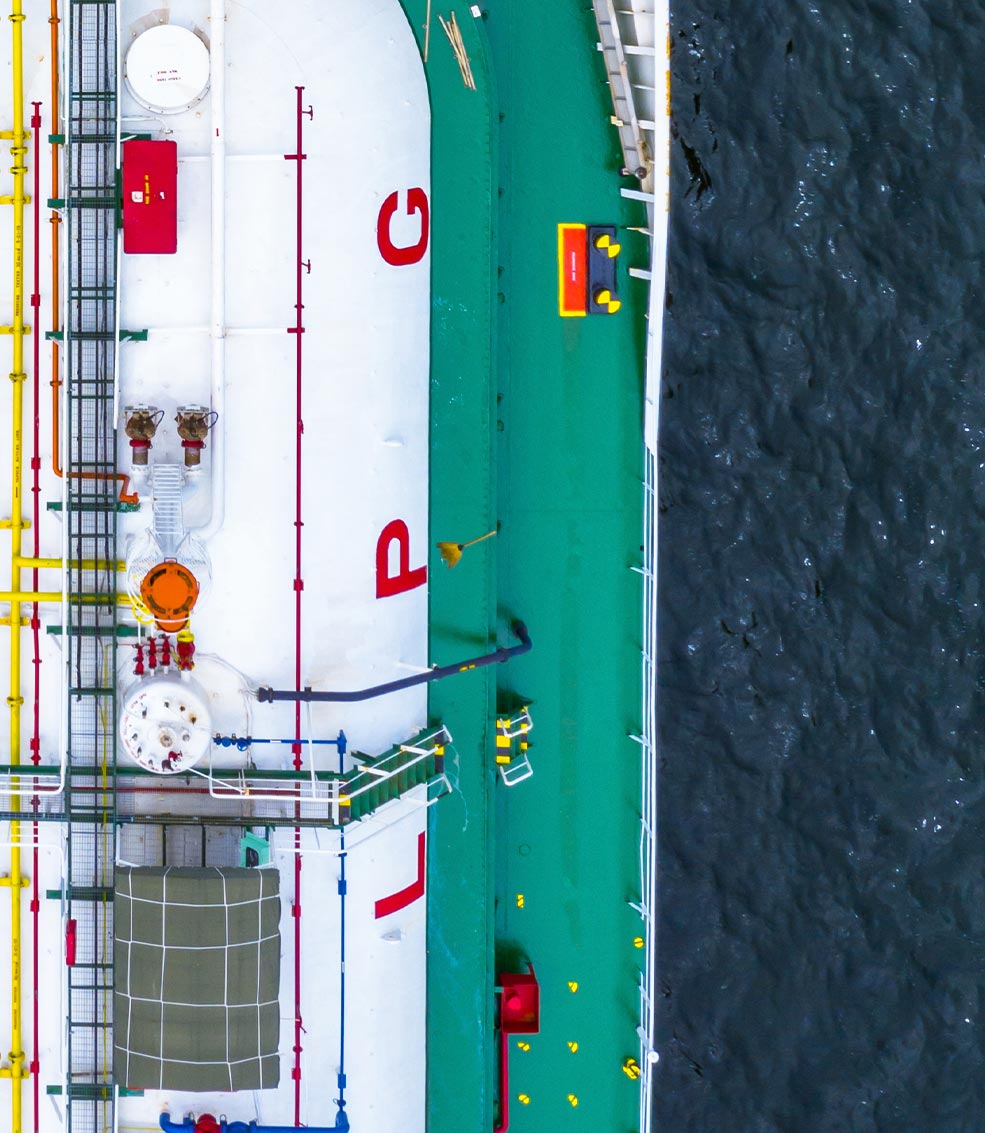 Petredec ordered an initial three 93,000-cubic metre (cbm) very large gas carriers (VLGCs) in November 2020, and recently exercised options for another three similar vessels. These will be the largest VLGCs in the world and will be powered by liquefied petroleum gas (LPG).

The delivery of the six LPG carriers is scheduled throughout 2023 and will mark a further technological leap for Jiangnan in its development of new gas carrier concepts under a long-standing collaboration with DNV.

The six carriers are among a series of both newbuild and retrofit orders for LPG-fuelled ships based on DNV’s new GF LPG class notation that has been developed in line with requirements from the International Maritime Organization (IMO) for alternative low-carbon fuels to meet targets for the reduction of greenhouse gas emissions towards 2050.

The world’s first LPG-fuelled VLGC, the 2015-built 84,000 cbm carrier BW Gemini, was retrofitted at the Shenzhen Yiu Lian Shipyard in China in November 2020, one of 15 similarly converted vessels of shipowner BW LPG.

Furthermore, in total 53 newbuilds are presently on order by the industry that will be fitted with LPG-driven dual-fuel propulsion systems.

Petredec’s latest newbuild order at Jiangnan “marks an important step for both us and the industry towards decarbonization by emitting 30% less CO2 than the previous generation of 84,000 cbm ships burning low-sulphur fuel oil”, according to CEO Giles Fearn.

The use of low-carbon fuel technologies is set to be a major competitive differentiating factor for shipowners in the future given an IMO target to halve CO2 emissions from shipping, as well as cut carbon intensity by 70%, by 2050.

The GF LPG class notation ensures feasible and safe application of LPG as fuel for the MAN ES LGIP engines to be installed on the vessels being built at Jiangnan, according to DNV’s China-based gas ship type expert Ling Deng.

Jiangnan and DNV have jointly studied major vessel operating routes to achieve the optimal balance between the performance and operational economy of LPG-fuelled technology.

The vessels, based on the new Panda Class 93,000 cbm design developed by the yard, have been designed with an optimized hull to allow for more cargo capacity without a significant increase in fuel consumption. They feature special LPG fuel tanks under deck to cater for the use of liquefied petroleum gas as fuel. The ships will also be fitted with a shaft generator to utilize LPG to provide auxiliary power at sea, further enhancing their green credentials. 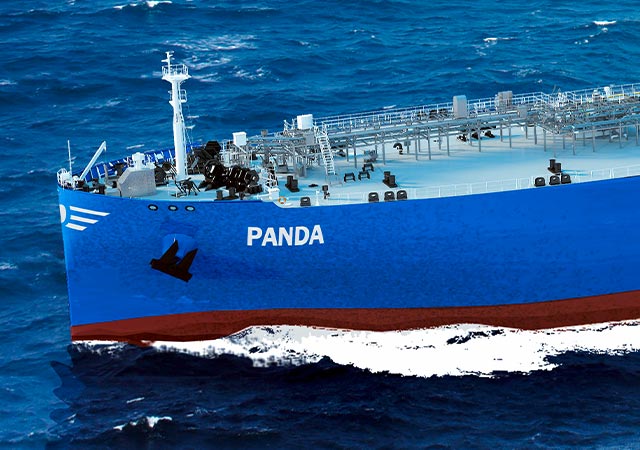 The new 93,000- cbm VLGCs ordered by Petredec are based on the Panda Class design developed by China’s Jiangnan Shipyard.

LPG is a promising transition fuel

LPG has been identified by DNV as one of the most feasible fuels, along with liquefied natural gas (LNG), for adoption by the industry in the transition to low-carbon fuels as it meets minimum thresholds in terms of availability and economic viability.

Deng says LPG and LNG “are very similar from the environmental perspective” as both are low-carbon fuels that can serve as a bridge in the transition to technologies for carbon-neutral fuels such as methanol and ammonia that still need to be matured.

For example, some of the materials used in LPG tanks and systems would also be suitable for use with ammonia so vessels can be easily retrofitted for the latter fuel, she explains.

Engine technology is a critical factor

Petredec’s fleet director Philip Harwood believes the use of LPG as fuel will make a major contribution to IMO’s current goal to cut carbon intensity from shipping by 40% by 2030. The potential of LPG and LNG for greenhouse gas reductions is broadly similar, with LPG offering a reduction of 15–17% and LNG up to 25%, depending on whether vessels use low-pressure or high-pressure engine designs.

The choice of energy converter and engine technology, as well as on-board fuel storage, is one of the most critical fleet decisions a shipowner needs to make given the uncertainty over what types of alternative fuels will be available in the future.

DNV provided technical input for Jiangnan to clarify the requirements for implementation of the new GF LPG class notation in the ship design process, as well as risk assessment. The classification society will also carry out site surveys and provide support for sea trials.

Deng believes the GF LPG class notation will bolster the ability of Chinese yards to construct and deliver vessels tailored to green specifications, accelerating the trend towards the fabrication of more specialized units with new technology in a departure from China’s tradition of standardized ship construction.

Continuous innovation and development are important drivers for gas as fuel

A scheduled review of IMO policy measures in 2023 could result in more stringent emissions targets, and Jiangnan Shipyard’s Hu Keyi, Chief of Corporate Technology, believes the use of gas as fuel will increase among shipowners as they seek to decarbonize their fleets. “The birth of the Panda 93P Class builds on a culture of continuous innovation and development in the design of gas carriers at the Jiangnan Institute of Technology, supported by engineering and design expertise from DNV, and academic and technical communities,” Keyi states. “This has seen the evolution of the 78k VLGC with four Type A prismatic tanks developed in the late 1990s through to the enlarged 83k VLGC design which secured firm orders in 2013.” With the latest VLGCs, Hu says the yard has been able to enhance cargo capacity within the traditional dimensions for such a vessel through a “revolutionary structural configuration” without significantly increasing fuel consumption. This has been achieved using computer fluid dynamics for hull line optimization, supported by the DNV-developed software FRIENDSHIP.

The birth of the Panda 93P Class builds on a culture of continuous innovation and development in the design of gas carriers at the Jiangnan Institute of Technology, supported by engineering and design expertise from DNV, and academic and technical communities,” Keyi states. “This has seen the evolution of the 78k VLGC with four Type A prismatic tanks developed in the late 1990s through to the enlarged 83k VLGC design which secured firm orders in 2013.” 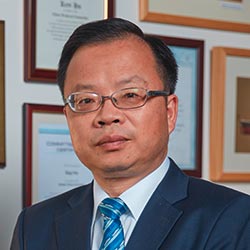 The yard has also adopted smart shipbuilding techniques with the use of digital technology such as 3D design for digital mock-ups, as well as for production planning, erection simulation and life cycle management.

Hu, who served as Technical Director at the yard for 20 years before taking on his present role in 2019, is now spearheading the yard’s green innovation effort as it seeks to apply low-carbon fuel technologies to its three main ship segments – VLGCs, very large ethane carriers (VLECs) and LNG carriers.

Jiangnan has also developed the innovative BrilliancE Type-B tank on VLECs for long-haul ethane trading, a containment system with robust prismatic nickel steel tanks based on the yard’s BrilliancE technology, to be integrated into a series of 99,000 cbm ethane carriers that will be the world’s largest.

The yard is now looking at the application of its BrilliancE concept to an LNG tank for use on a dual-fuel large container ship under a joint research project with DNV. 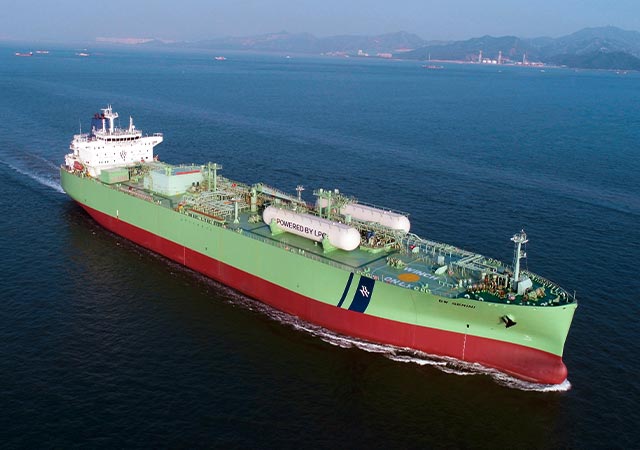 LPG-propelled BW Gemini was the world’s first VLGCs to be retrofitted to use LPG as a fuel.

Ammonia-fuelled gas carriers are next

Hu reveals the yard has also developed an ammonia-fuelled gas carrier design for zero carbon emissions that has already gained class approval, and is presently involved in negotiations for a prospective newbuild contract. He believes Jiangnan’s focus on innovation will trigger further such newbuild orders in the future from an industry in transition.

Hu explains the yard’s facilities on Changxing Island, along with HSE  and quality control routines, are adaptable to handle both new and retrofit installations of gas-fuelled propulsion systems.

Furthermore, the yard aims to be on the cutting edge of technological development in this field by pushing for “initiative green” solutions, as opposed to “passive green” based on existing technology.

“Although we are fully aware that these solutions are still too far off for application on board vessels, we think the future maritime industry will be dependent on momentum for continued innovation through increased studies of disruptive technologies,” he says.

Class rules for LPG as fuel

Get all insights on the regulations and options

Read our service documents on rules for classification 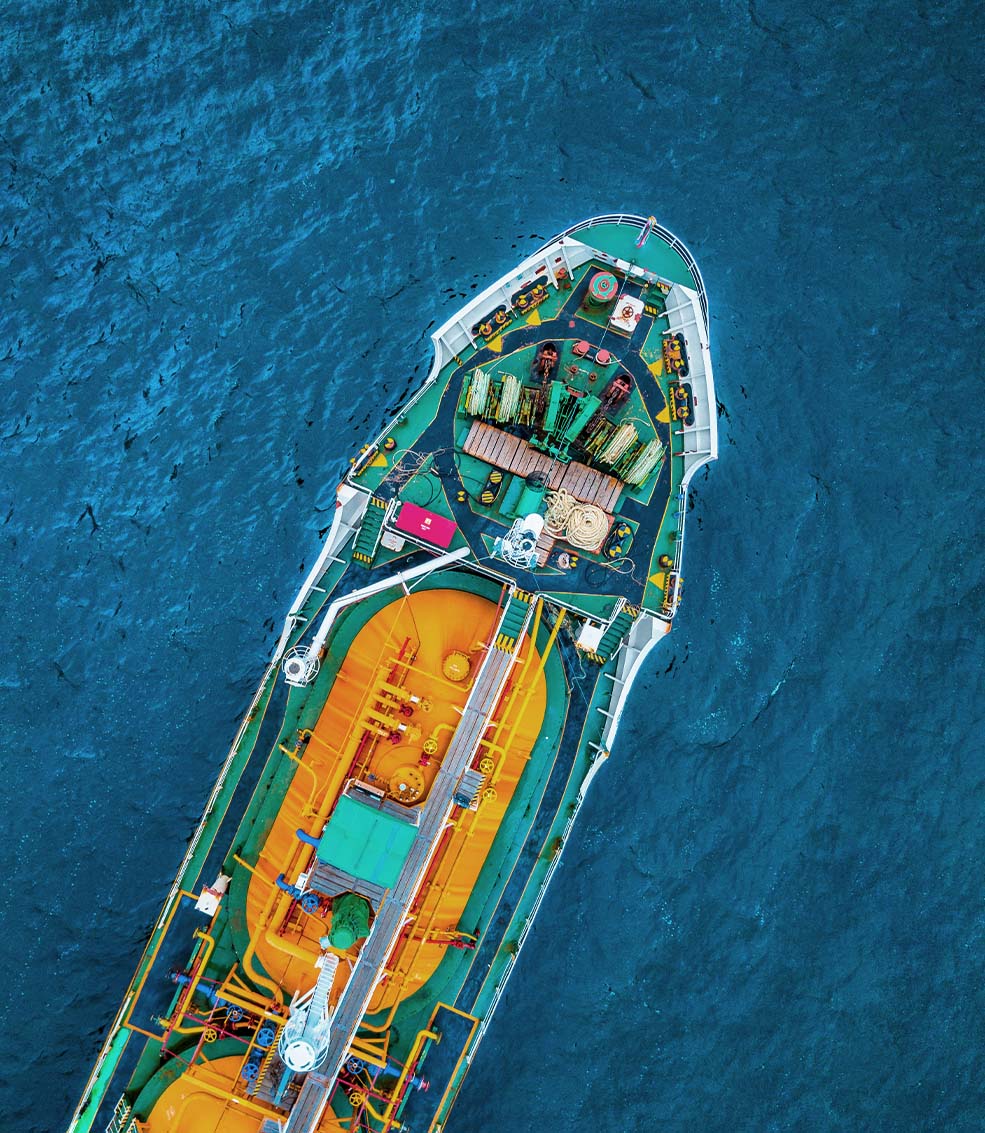 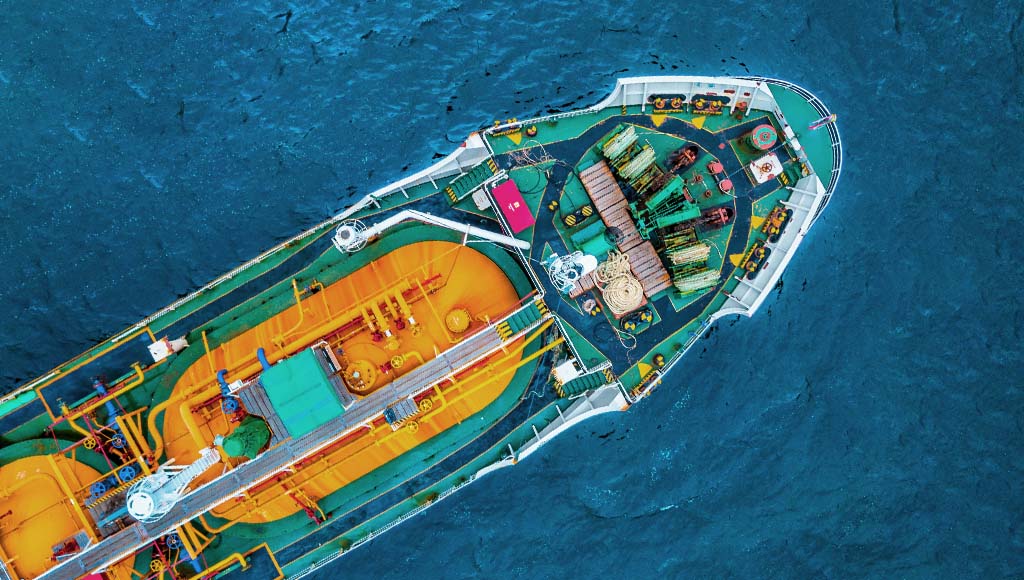 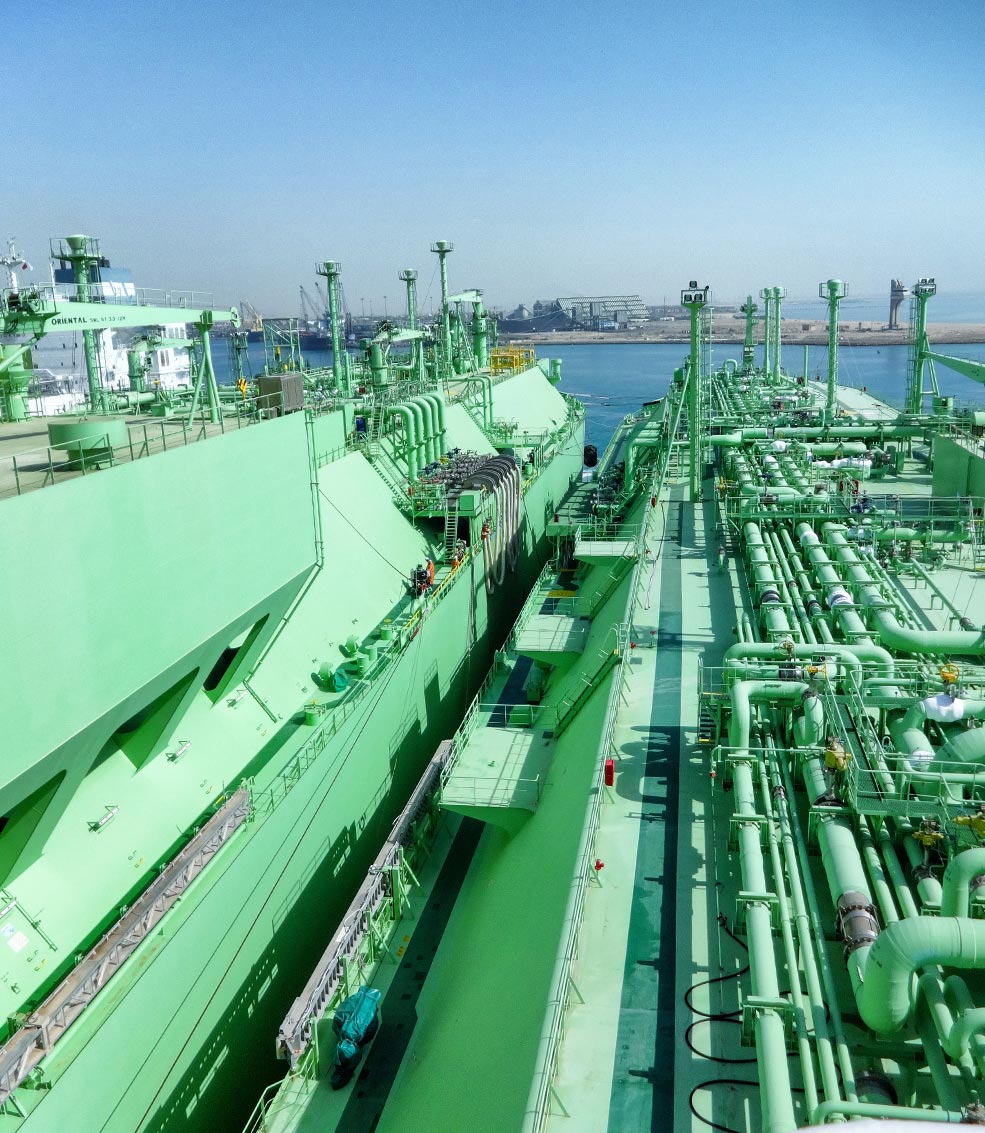 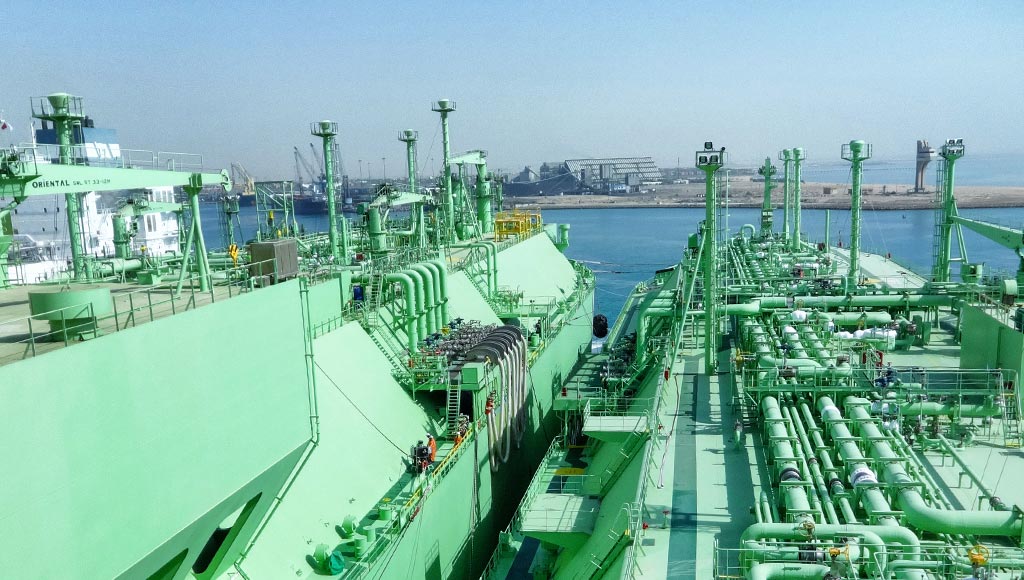 The introduction of the EEXI is especially complex for LNG carriers. Boil-off gas management and the different propulsion systems have to be accounted for in calculating the index. Our expert interview looks into the details. 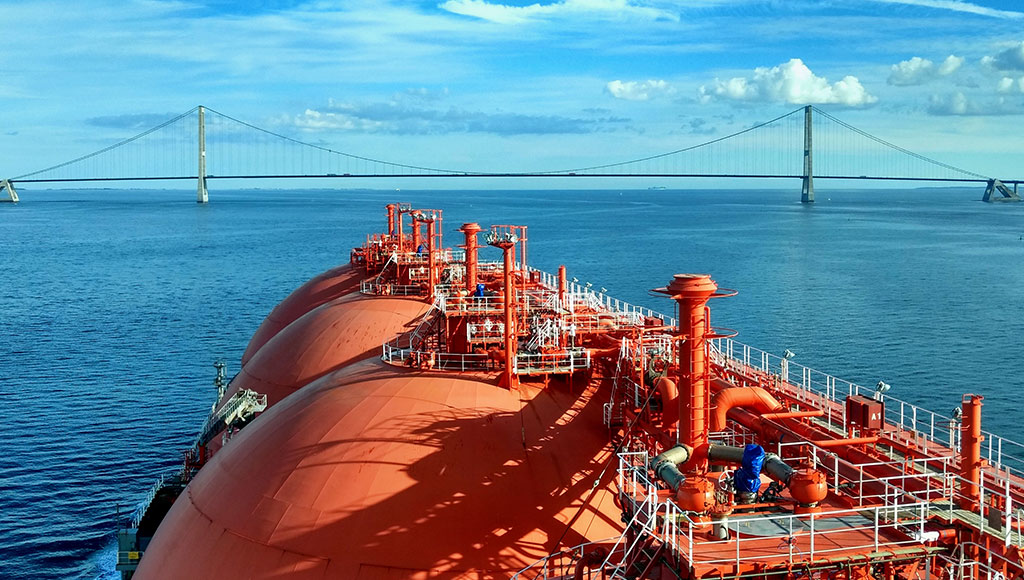